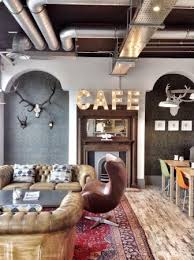 It’s a bit late now for Happy New Year isn’t it? I’m not sure of the cut off point. Christmas was very busy indeed (always is for a table magician), I got to spread lots of close up magic and joy. I was so exhausted I treated myself to a nice little holiday a couple of weeks ago to Cape Verde. It was very hot and just what I needed to recharge my magic batteries.

I had a lovely party to welcome me back home and back to reality. I got asked to perform at a 40th birthday party. It was held at the lovely Picture Cafe in Grantham. It was the perfect setting for champagne and canopies. Guests started to arrive at 7.30 so I started to mingle and perform my close up magic at 8pm. That gave people chance to get in and get a drink.

The venue staff were great, they had been told in advance not to approach the group with canopies if I was performing magic. It can ruin the climax to a good trick if people are stopped mid flow and turn round to see what culinary delights are on offer. They had a bit of low level music on whilst I was doing my stuff. The DJ didn’t start until I was finished wowing guests with my close up magic, so this was perfect. That was a great move – if people can’t hear me at key moments during a routine it ruins the magic and it isn’t very pleasing to the ear when I start to shout.

I had such a great time performing close up magic here. Everyone seemed thrilled I was there. Once word spread that there was a magician there I was getting followed and shouted at to come across to show my stuff. It really was great atmosphere and everyone had a fab time.

I performed one of my favourite close up magic tricks, where a signed card ends up in the back of a mobile phone, one guy saw it 3 times and on the third insisted on holding the phone whilst I did the trick. It killed him that he couldn’t figure out how it was done. I got an email the following day from Scott and Hariett who had booked me, after seeing me and much discussion between them they have decided that magic is real, that is the only explanation. Of course it is 🙂