By KatHudson on 27th June 2020 in Uncategorised

The judges and the entire audience at the Manchester Lowry, leapt to their feet at the end to give her a standing ovation.

The audition piece itself was written especially for Britain’s Got Talent and used the format of the show as part of the act.

Kat has always been slightly nervous about performing on BGT as it’s quite a scary thought – what if the judges buzz you? The buzzes are incredibly loud and seem to throw any top professional off their A-game.

That’s when she came up with the idea of pressing the buzzers herself as part of the act. She asked David Walliams, Alesha Dixon and Amanda Holden to choose things as random. As she pretended to read their mind, she got the answers wrong. She then took everyone by surprise by pressing three of the buzzers herself. It’s the first time this has been done in Britain’s Got Talent history!

The rest of the act all worked out in the end (of course) and Simon Cowell along with the other judges, gave Kat 4 ‘Yeses’ and through to the next round.

The video went out on Britain’s Got Talent: Unseen on the ITV Hub and then went online on the official BGT Facebook and YouTube channels. As of June 2020, it’s currently had over 10 Million views!

If you’d like to see it for yourself and see why everyone fell in love with Kat, watch this….

View all posts by KatHudson →
Female magician in The Magic Circle

Member of The Magic Circle

As seen on Britain’s Got Talent 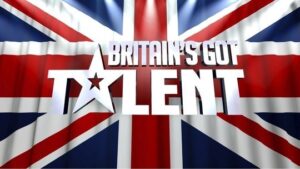 Kat Hudson is an amazing female magician performing in the UK. As seen on Britain’s Got Talent.

Originally from the North, but now ideally located in the Midlands. She regularly performs in London, Surrey, Hertfordshire, Birmingham, Leicester, Northampton, Milton Keynes and beyond with her glamorous close up magic.