By KatHudson on 16th March 2015 in Uncategorised

Milton Keynes Magician. Last night I performed in Milton Keynes at a 40th birthday bash at Revolution, Milton Keynes. The theme was ‘Have a magical time’ so some of the guests came in top hats and had wands. However, I’m sure non of them expected to have a real life magician there too.

It was such an amazing party atmosphere, the music level was just right (and was just starting to get pumping as I was leaving) and I was mingling performing my close up magic. 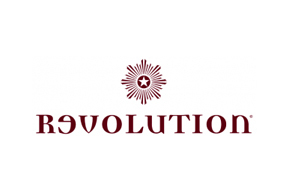 It was great to walk up to groups of people who had no idea a magician had been booked. I love turning peoples looks of confusion into well more confusion really but for a different reason, I hope!

Usually people only get to see magic on TV. So many people commented that they thought if they saw it in real life that they would know how it’s done. They don’t. The truth is, it’s actually harder to misdirect someone on tv as the screen sees everything. In real life, I can use the situation to make you look where I want you to look – this all helps to make everything I do look like magic.

I met a few people in Milton Keynes who had never seen a live table magician before who kept asking me back to their group, I think they saw every trick I know. It was so nice to share a new experience with people and to make them magic fans.